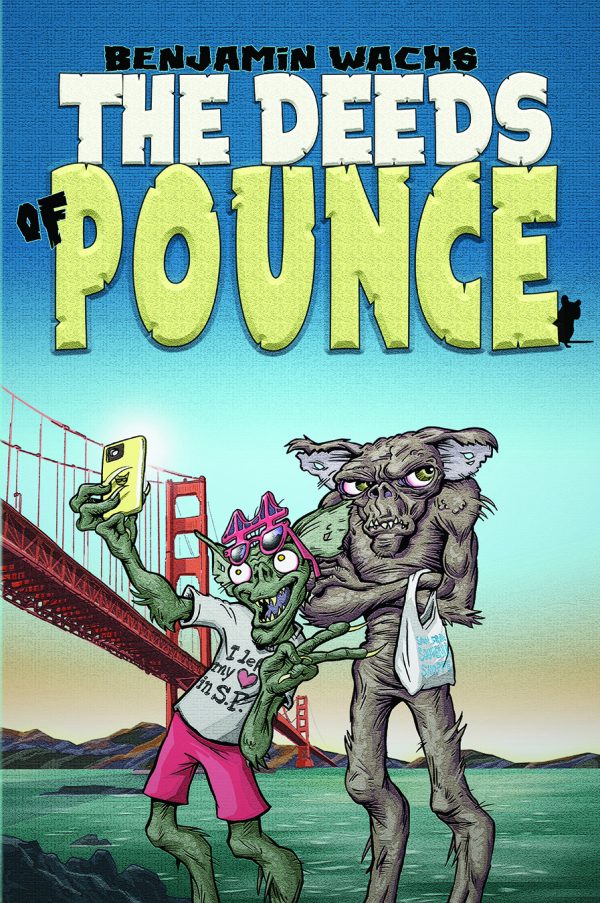 The Deeds of Pounce

The debut novel of Institute President Benjamin Wachs, written under a cloud of suspicion during the aftermath of the 2016 election.

In The Deeds of Pounce, the legendary hero, Pitter Patter Pounce, has set out to rid the world of all the ancient evils. Unfortunately, this mouse’s actions are upsetting the balance between good and evil which endangers all life on Earth. Desperate, the goblin tribes send agents Gherin and Leptin into the forbidden human lands of San Francisco to stop Pitter Patter Pounce at all costs.

Though seemingly alike to outsiders, the two goblins couldn’t be more different. Leptin is a scarred veteran of great battles; Gherin an untested youth from a powerful family who has always wanted to see the forbidden human lands. As they hunt the mouse through San Francisco’s magical underworld, they themselves are hunted by the decadent Duke of Rats, heir to the sewers, and the rabbit Willie O’Shaughnessy, a power broker who offers the goblins all the fruits of human culture if they’ll help his family take over the city.

Time is running out, for as Pounce’s good deeds become more profound, the threat to humans and goblins alike grows stronger. But all this time around humans – with their whiskey and opera and big bridges – is tempting Gherin in ways he never expected.

Now the young goblin must make a choice: to live up to the ideals of his partner and family, or to follow his bliss by cutting a deal with the rabbit and leaving his people forever.